A visit to the Ecomuseu Farinera in Castelló d’Empúries consists in a tour around the Farinera, an example of a flour mill that used to operate with the Austro-Hungarian system that appeared in Budapest in 1837 and quickly spread around Europe, as it brought major advantages compared to traditional milling.

The permanent exhibition includes a series of materials for museum tours – including scale models, audiovisuals and samples – which allow visitors to learn about the museum’s different contents in a fun, experiential way.

As long as the museum’s contingency plan for the COVID-19 pandemic is still being implemented, the touch features will be out of service.

From flour mill to flour factory

The Farinera is built upon the former Mig Mill, one of the three flour mills that used to exist in the mediaeval village of Castelló d’Empúries. Its current appearance – a notable three-storey building – and the machinery it houses are the outcome of the industrialisation process which brought about the technical and constructive transformation of the old mill in the late nineteenth century, turning it into a factory whose machinery was partly updated in 1947.

Industrialisation in the world of flour came via the Austro-Hungarian system, which brought major advantages compared to the old mills and spread all over Europe, as they allowed white flour to be made for the first time.

One of the unique features of this complex system is its verticality thanks to the fact that wheat, flour and the other products follow a circuit that leads them from one machine to another in a constant flow of going up and down to different floors to complete the three phases in the process:

To power the machinery in this process, the Farinera used a Francis turbine from 1905 that turned the power of water into mechanical energy. This turbine also provided energy for the first public lighting in the village of Castelló d’Empúries.

The water was stored in the reservoir of the mill channel, which dates back to the Middle Ages. It starts in the centre of Vilanova de la Muga and travels around 5 km through vegetable patches, crop fields and fenced-in fields in a surprising, changing landscape that becomes exceptional when the channel runs along the edge of Castelló d’Empúries and goes through the former moat of the mediaeval wall.

The crop fields and vegetable gardens along the edge of the channel divert the water through the hubs, small structures with hatches.

Wheat is one of the most important grains in the world’s agricultural economy and Castelló d’Empúries was an extremely important production region in the zone, a region where wheat is still grown today. The diversity of varieties of the grain lets us obtain different types of flour that will then be used to make bread, pastries, pizzas, biscuits, etc. 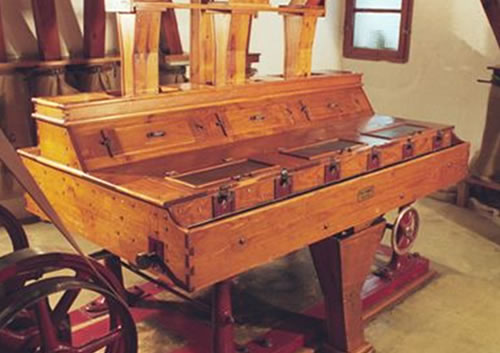 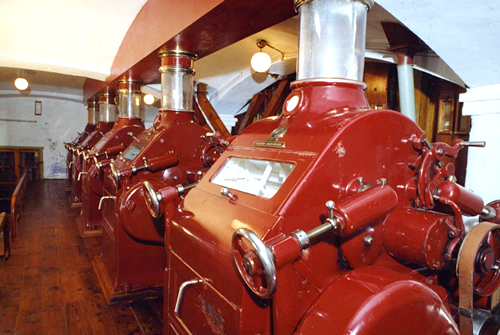 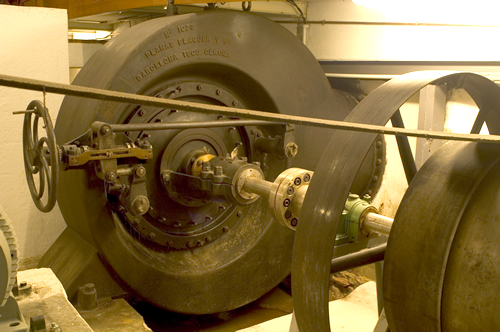 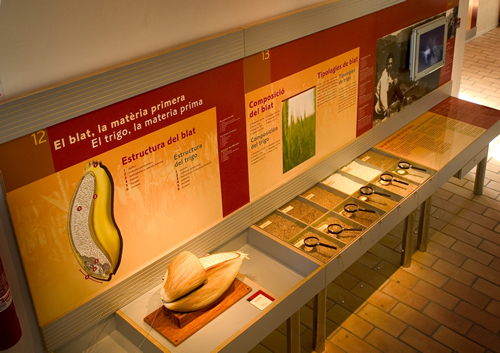